GM tops the list of winners and losers of 2017: the stories behind the numbers

Commentary, First on the Grid

Whew! What a stunning year. 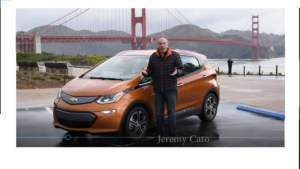 The Chevrolet Bolt in San Francisco with Jeremy Cato. Chevrolet sold more plug-ins than any other brand for 2017.

For eight years running, Canadians have been snapping up new rides in record numbers – with 2017 sales up 4.6 per cent. But the party may be winding down. Sales were down 1.1 per cent in December, after slipping 1.2 per cent in November.

For the better part of a decade, we’ve gorged ourselves on new vehicles – especially pricy pickups, crossover wagons and SUVs (sport-utility vehicles). But rising interest rates surely are making an impact on sales. Canadian garages stuffed with new rides suggest we may have satiated our hunger for new vehicles and the incipient trends in car-sharing and urban mobility promise to impact on sales in the future.

As well, Canadians may be facing the economic realities of the new vehicle marketplace. According to J.D. Power and Associates, the average transaction price of a new vehicle in Canada is $33,000. The average new loan payment in now $590 a month, with the average monthly lease payment $550.

In a country where StatsCan reports that the average weekly salary is $986 before tax, Canadians are stretching out payments as long as possible; it’s the only way to make ownership affordable. More than half of Canadians (55 per cent) are opting for loan terms of 84 months – that’s seven years! – or longer.

Scotiabank auto analyst Carlos Gomes expects a small annual decline in sales this year, to about 2.0 million units. But sales of light trucks will continue to increase, as car sales slip.

That will be consistent with a trend that has building for years. We saw in 2017 a tipping point in consumer tastes – to light trucks. Sales there posted a double-digit increase year-on-year over 2017. Seven out of 10 Canadians now buy a new pickup, van or SUV/crossover, notes Gomes. Three years ago, it was six out of 10.

Which brings us to winners and losers. DesRosiers notes that 15 of the 26 major brands posted all-time record sales in 2017. But not all were true winners.

Jaguar sales were up 52.3 per cent. Good as that appears, Jag did not increase market share at all (steady at 0.2 per cent). That speaks to the sort of action we’re seeing in luxury sales – they’re booming overall and even large increases for minor players do not necessarily result in more market share. 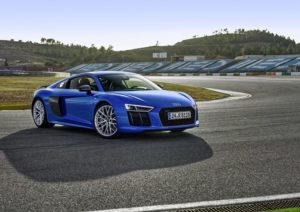 Audi, despite bearing the taint of the larger and global Volkswagen Group Dieselgate scandal, is on fire in Canada, and has been for a decade. The secret is no secret at all: a wide range of well-positioned SUVs that are stylish and nicely hide their VW platform roots.

In addition, Audi has worked hard to develop its dealer body in Canada – opening new stores across the country to broaden the brand’s appeal and improve local customer service.  Audi’s R8 Spyder is a wonderful halo car, the latest A8 breaks new ground in autonomous technology, but what matters most for Audi Canada are the bread-and-butter rigs like the Q5 and Q3; they are driving sales.

Porsche, another Volkswagen brand, has also been pushing a steady stream of new models, but it’s the Macan and Cayenne SUVs that account for the bulk of sales. Volvo, meantime, is the poster child for brand rebuilding, with gorgeous new models like the XC60 and XC90. And Jag’s growth is almost entirely attributable to the F-Pace, the brand’s first crossover.

Loser: BMW. Honorable mention: Land Rover. When it comes to SUVs and crossovers, BMW lacks the depth and breadth of its main rivals. The X1 should be a big winner in Canada, but it’s not. The X3 feels old and tired and the X5 is big and unimaginative. As for Land Rover, in a Canada wild for SUVs, this brand’s sales were up just 0.1 per cent, which meant Land Rover lost market share (0.4 per cent from 0.5). Land Rover is in desperate need of a relatively affordable SUV.

GM Canada is within a few thousand units of overtaking Ford, which has been No. 1 in Canada for most of the last decade. Amazing. Ford, notes DesRosiers, held onto the sales lead with 308,474 unit sales, but GM Canada sold 302,826 units.

GM’s emphasis on launching new SUVs in big and growing segments, like the Chevrolet Equinox and GMC Terrain, is paying off. All GM’s brands enjoyed impressive growth in Canada last year, largely thanks to light truck sales.

But here is something that may surprise your: Chevrolet is the No. 1 retailer of electric plug-in vehicles in Canada, with more than 6,400 units sold. The new Bolt battery car has helped, but a surge in Volt sales is the big story for GM plug-ins. 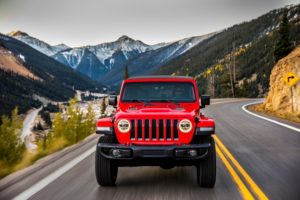 Many of Fiat Chrysler’s big sellers are old and tired, including the Ram and especially the Wrangler, which is being replaced with an all-new model this year. Thus, FCA sales were down 3.7 per cent, with market share off more than a point (to 13.1 per cent, from 14.2). FCA desperately needs new SUV models, with the Dodge Journey perhaps the most neglected popular model in the entire FCA universe. Yet for some reason, in 2017 FCA put enormous energy and resources into a marginal seller, the Chrysler Pacifica. Ugh.

Toyota, meanwhile, is also a surprise loser. Sales were up just 2.3 per cent, which translated into a 0.2 per cent loss of market share (to 9.8 per cent). Again, Toyota lacks the proper and broad range of SUVs,  the Tundra pickup is a dog,  the small C-HR landed with a thud and RAV4 sales crept up just 3.6 per cent. At least Prius sales were up to 3,640, for a 27.5 per cent gain.

The Smart electric drive: a step towards emission-free driving. And disastrous for sales.

Smart is just about out of business in Canada, other than the car2go franchise. The final nail in the coffin: smart has gone all-electric in Canada and the United States.

Being the winner of the Stalled Brand Award is not something to celebrate.  Honda should be embarrassed by the performance of its Acura premium brand. Sales increased by just three units, year-on-year (to 20,300). Yes, three. Acura’s Honda-like offerings will never break through the cluttered premium market as long as they remain dressed up Hondas. I’ve already hit on Land Rover. And Mitsubishi lacks new models that appeal to Canadians.

My mailbox is regularly stuffed with GM-haters who cannot forgive and forget the 2010 bankruptcy. This vocal chorus of naysayers is becoming increasingly irrelevant. GM is growing and has a plan to become a very modern and highly profitable car company. One day the share price will catch up with the reality of the company.

How to kill a brand: smart.

Offer a lineup of tiny two-seaters and then make them all-electric. What a mess.

Next time in winners and losers: Star models of 2017, and the dogs, of course:

2 Commentary, First on the Grid GM tops the list of winners and losers of 2017: the stories behind the numbers

About the Author / Jeremy Cato 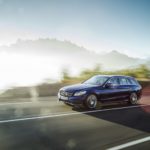 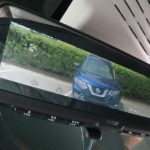 Jeremy Cato, three time Automotive Journalist of the Year, gives you insider's insights on how to save $5,000 or MORE on your next new vehicle.